Some History of the Bundaberg Amateur Radio Club

Established in September 1961 and still going strong FIVE decades on 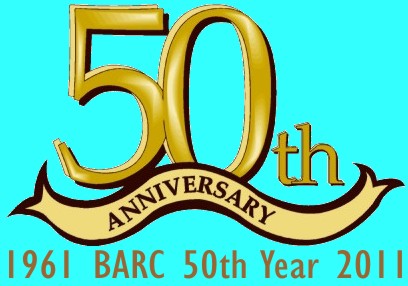 Callsigns mentioned throughout this page were found in the historical records/minute books etc.
The task of researching the records is ongoing and some dates - currently missing will be updated as information comes to hand.

We have an extensive collection of photos dating back to the beginning of club activities in 1960s.

You will find historical photos in three file areas:

2010 to Present day at this Photo Archive link

[Written in 2011 for the Golden Jubillee Celebrations]

Little did those twelve people, made up of WIA members, Associate WIA members and interested people who met at the Bundaberg Red Cross rooms on Thursday night, 21st of September in 1961 realise that fifty years later their dream would turn out to be one of the more active clubs in Queensland.

In fact, these twelve interested people had approached the WIAQ for permission to form either a Bundaberg Branch of the WIAQ or a Radio Club.  The answer from WIAQ was to form a club and for that club to be associated with the Wide Bay Branch of WIAQ.

On that night the club was born, named The Bundaberg Amateur Radio Club and the aims of the club were identical to the WIA constitution Section 2, Paras. A to E.. Committee was formed and fees were set at one pound per annum [$2]

The difficulties and triumphs of the next fifty years are a Jacob’s ladder of events with the over-riding premise being the advancement of Amateur Radio in Bundaberg.

History is not a topic which appeals to radio enthusiasts and tomorrow’s circuits and today’s contacts too often take precedence over last years events but the club has lived through many phases of technical change in its time until the present day.

We saw CW and AM give way to SSB and FM. Digital communications was a dream, the early class students were given a little information on transistors to supplement the valve theory. Several members did the Z–call licence and got going onVHF; building valve receivers on 2 metres was a feat and the HF advocates gradually saw there was room in their life for VHF.

Members came to grips with computers and found their way into Packet Radio. We sat around the club rooms all night for couple of weeks waiting for Oscar 1 to show over the horizon so we could track his 'HI' in morse with a beam more like a bofors gun requiring two members to train it.

We built repeaters, VHF, UHF and Packet housed in a concrete block building on top of Mount Goonaneman and on a water tower in Bundaberg.

We lost our beloved Club Rooms to the march of the monied sports wanting more room but we were promised the top floor of the East End Water tower for club rooms until someone on Council realized there was no way out if we set alight to “all that valve radio gear”. But the thought of feeding a 80 metre vertical from the top end was relished for a time.

Our WIA Youth Radio Classes saw many Bundaberg youth get good jobs in both Commonwealth and State Government Departments and industry; and so the list goes on.

One has only to take a good look at this Website to see that the objective of promoting Amateur Radio remains just as focused today as all the preceding years. With our club even more closely aligned with WIA through Associate Membership, Club Insurance, Club members as WIA Assessors and EmComm trainers etc.

Education, training, and supporting the community and SES  with WICEN, maintaining repeaters and all the other technical aspects of club life remain a high priority for the Club.

Today however, not for profit groups must also deal deal with Government Departments and bodies that look after Rents, Rates, Child Protection, Power bills, Risk Management, Insurance etc, and this has necessitated an expanded committee with the appropriate skills.

But even after all that, we still have time to enjoy a club social life and have fun. Which is what its all about isn’t it?

[Written for the Golden Jubilee celebration in 2011]

** No committee as such. Jobs were allocated to members as required